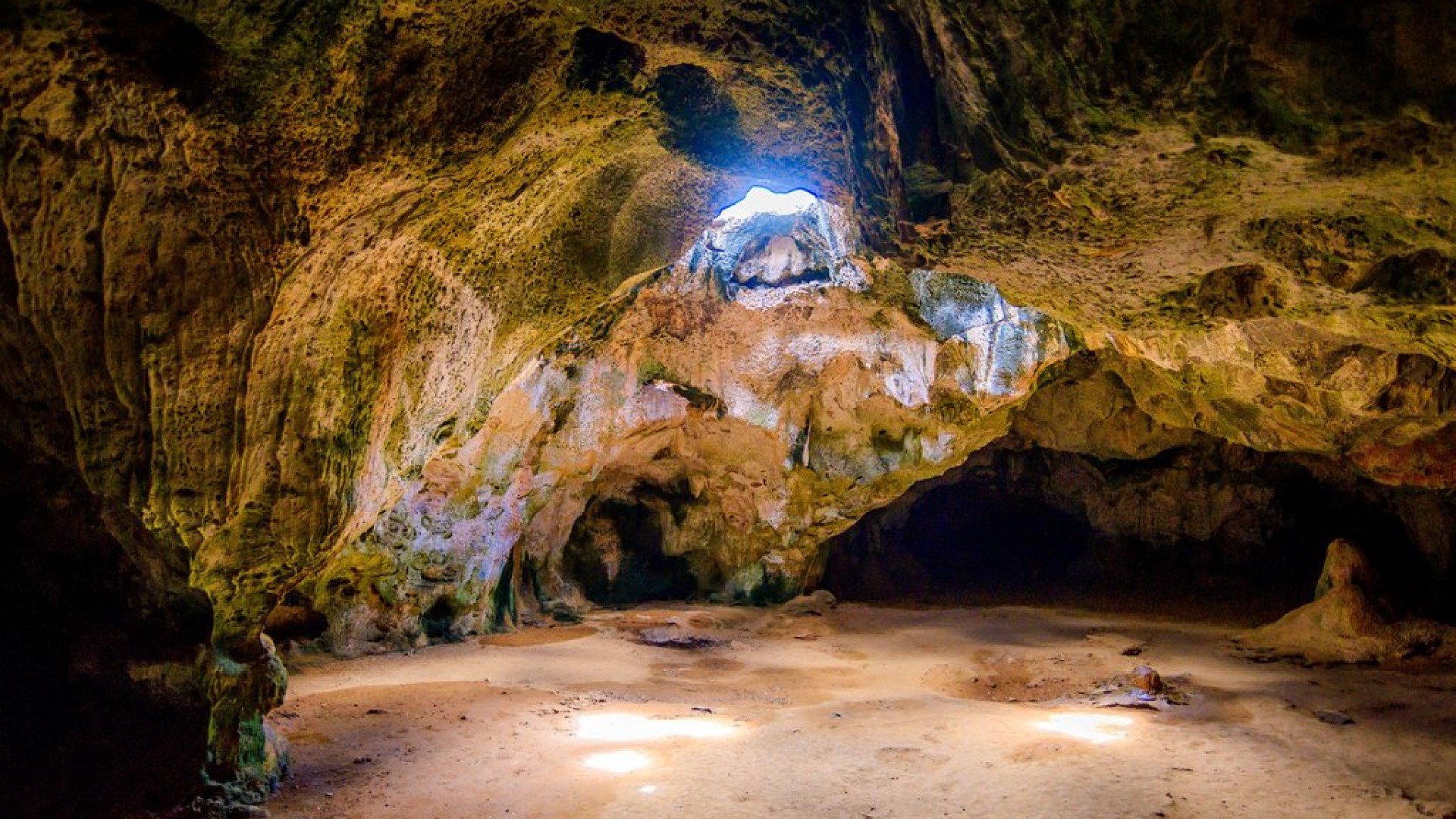 In the deep recesses of rock along the island's windward coast, shallow cave formations intrigue visitors, who, in seeking to penetrate its damp chambers, are rewarded with mysterious views.

The caves are accessible to the public during the day between opening hours of the national park (8:00 - 4:00 pm).

Ask park rangers at the entrance of the caves for a tour inside, as they can share interesting information on rock drawings, and nature's artwork of stalagmites and stalactites.

The Guadirikiri Cave is famous for its two chambers, illuminated by the sunlight streaming through holes in the roof of the cave. The cave extends for about 100 feet. In the darker portions of the cave nest hundreds of harmless bats.

The Fontein Cave is the most popular of the caves as it is the only one that has the drawings of Arawak Indians on the ceilings, providing a real sense of island history to this cave.

All three of these caves are located within the Arikok National Park Aruba.